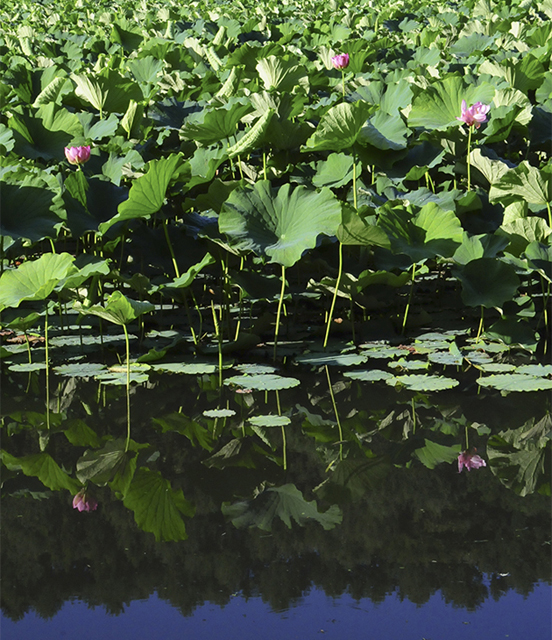 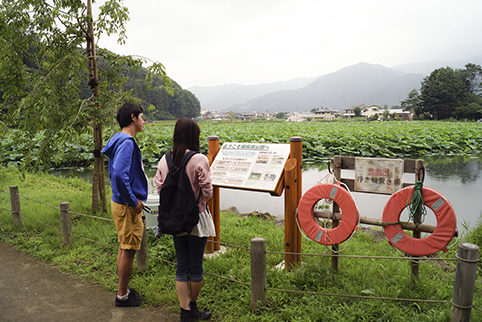 Touch the four seasons of lake in the "Satoyama"

In the summer, beautiful lotus (Hasu) flowers blooms, Asumi lake is commonly called "Hasuike". There is wider landscape of woodlands (Satoyama). It was one of the "Fuji Hakkai" (eight lakes), it is said that it was a place of purification ceremony of Fuji pilgrims. There is also depicted in "Fugaku Hyakkei" of "Katsushika Hokusai".